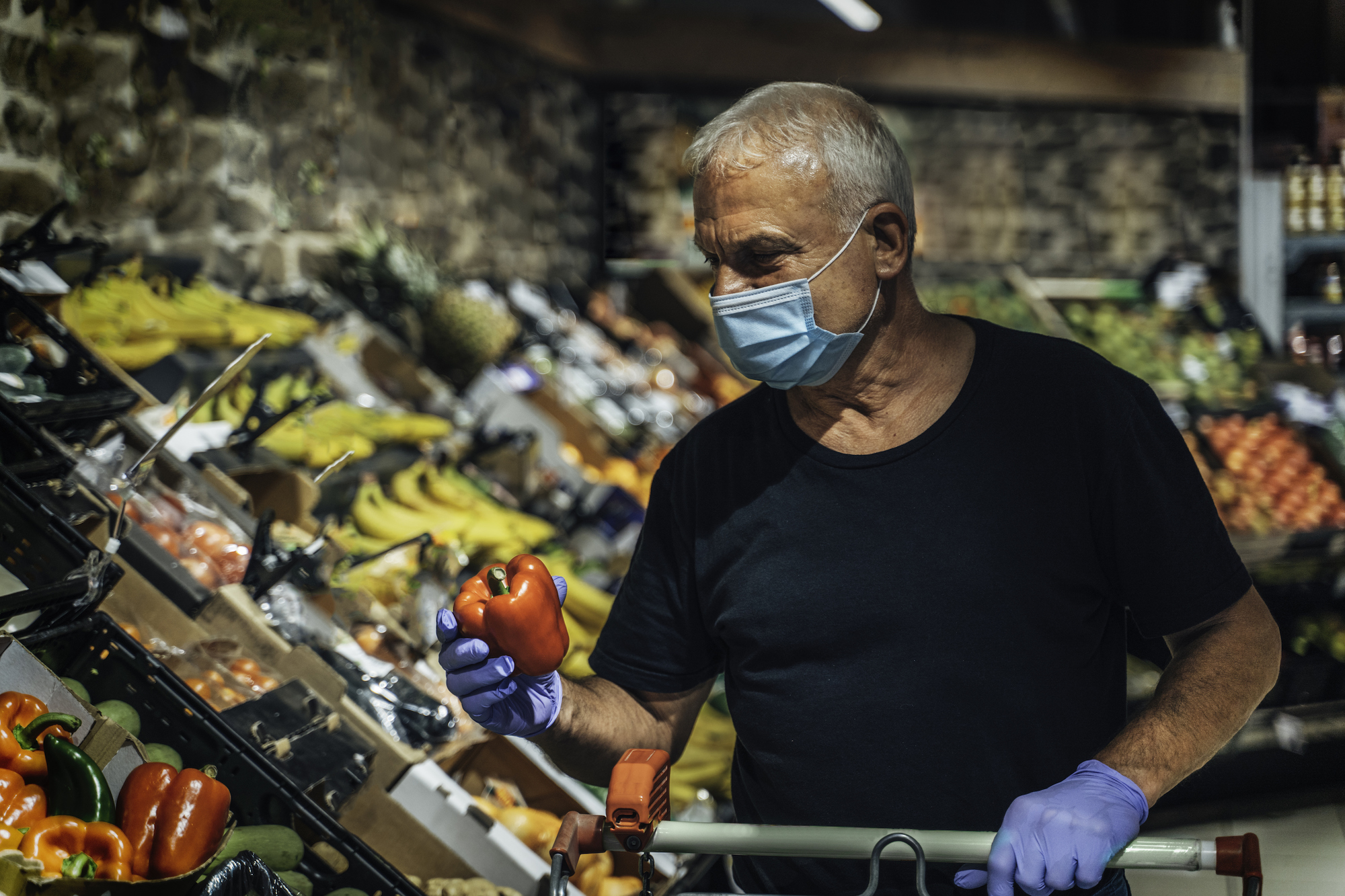 "People who eat a Mediterranean-style diet--particularly one rich in green leafy vegetables and low in meat--are more likely to stay mentally sharp in later life, a study shows."

Young and restless, old and focused: Age-differences in mind-wandering

"New research from Trinity College Dublin suggests that older adults can be more focused, less impeded by anxiety and less mentally restless than younger adults. The team at the Trinity College Institute of Neuroscience (TCIN)"

"A study led by Case Western Reserve University researchers found that patients with dementia were at a significantly increased risk for COVID-19--and the risk was higher still for African Americans with dementia."

Choir singing can improve cognitive functioning among the elderly

"Alongside the effects of lifestyle, including physical exercise and diet, on ageing, research has increasingly turned its attention to the potential cognitive benefits of musical hobbies. However, such research has mainly concentrated on hobbies involving musical instruments."

"New research from the University of Sheffield has found being overweight is an additional burden on brain health and it may exacerbate Alzheimer's disease."

"One of the most important ways to stop the spread of COVID-19 is for people who have tested positive, or have symptoms, to isolate themselves from the other people they live with."

"Increases in life expectancy in the UK and elsewhere had slowed even before 2016 - and COVID-19 is expected to further eliminate any gains, Newcastle University studies show."

"Previous studies have linked sleep deprivation and frailty with depression. A new study published in the Journal of the American Geriatrics Society that examined their combined effect suggests that short sleep intensifies the impacts of frailty on depressive symptoms."

"Findings of a new study published by researchers from Trinity College Dublin and St James's Hospital outline the health impacts faced by older people while cocooning during the Covid-19 pandemic. "

"Canada's population is living longer than ever before, with people over the age of 65 now outnumbering those under 15 years of age. The Governments of Canada and New Brunswick are committed to addressing the needs of this growing and diverse population and to helping Canadians live well as they age."

"More than 5.7 million Americans live with Alzheimer's disease and that number is projected to triple by 2050. Despite the growing number there is not a cure. Florin Despa a professor with the University of Kentucky's department of pharmacology and nutritional sciences says, The mechanisms underlying neurodegenerative diseases are largely unknown and effective therapies are lacking"

"In response to the Ontario government's recent lockdown, uCarenet has accelerated its mission to improve the health and well-being of vulnerable seniors through their technology. For the next 30 days, uCarenet is offering health care professionals a free download of its uCareLINGO app. "

"During the pandemic, many people have been getting less physical activity and becoming more sedentary, especially seniors who are homebound for safety reasons. Experts at the University of New Hampshire say it is more important than ever for older adults to find safe and accessible ways to remain physically active to help strengthen muscles, improve balance, enhance their immune system and reduce stress while being safe at home."

The important role of pharmacists for older adults' health

"Pharmacists play an important role in managing medication-based therapies for older community-dwelling patients, according to a study published in the British Journal of Clinical Pharmacology."

"In the inaugural issue of the journal Nature Aging a research team led by aging expert Linda P. Fried, MD, MPH, dean of Columbia University Mailman School of Public Health, synthesizes converging evidence that the aging-related pathophysiology underpinning the clinical presentation of phenotypic frailty (termed as physical frailty here) is a state of lower functioning due to severe dysregulation of the complex dynamics in our bodies that maintains health and resilience. When severity passes a threshold, the clinical syndrome and its phenotype are diagnosable"

"The Granzyme B (GzmB) enzyme, which accumulates in certain tissues as we age, has been identified as a driver of itchy and sometimes life-threatening autoimmune conditions known as pemphigoid diseases (PDs), which cause blistering and skin erosion below the skin's surface.. "

New report estimates 10,000 people 65 and older living with Dementia in the nation’s capital

Government of Canada invests in Dementia data and community-based projects

"Older people in Japan have an attitude of gratitude which keeps them feeling hopeful despite the challenges of aging, a new study says."