Tests performed by Brazilian researchers after the first 16 weeks of COVID-19-induced confinement showed loss of muscle strength and diminished aerobic capacity, as well as an increase in cholesterol and glycated hemoglobin 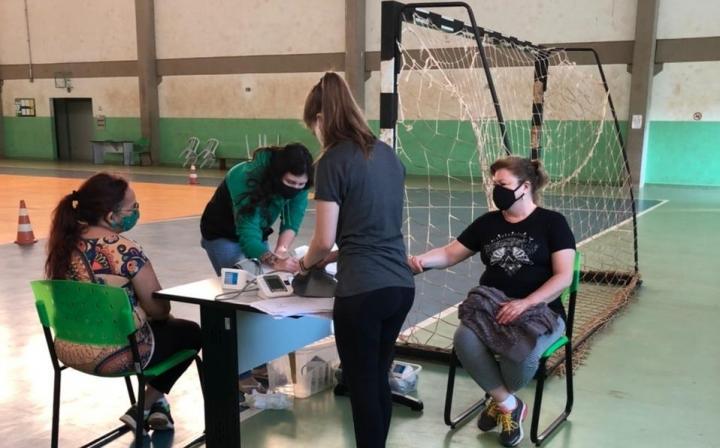 IMAGE: TESTS PERFORMED AFTER THE FIRST 16 WEEKS OF COVID-19-INDUCED CONFINEMENT SHOWED LOSS OF MUSCLE STRENGTH AND DIMINISHED AEROBIC CAPACITY, AS WELL AS AN INCREASE IN CHOLESTEROL AND GLYCATED HEMOGLOBIN .... view more

In a study involving 34 women aged 50-70, researchers at the University of São Paulo (USP) in Brazil performed objective measurements of the impact on the subjects' health of the decrease in physical activity observed during the period of social distancing and isolation imposed by COVID-19. Tests conducted after the first 16 weeks of confinement pointed to a deterioration in their overall health, including loss of muscle strength and diminished aerobic capacity, as well as elevated levels of cholesterol and glycated hemoglobin, both of which are risk factors for metabolic disorders.

The study was supported by São Paulo Research Foundation - FAPESP and reported in an article published in the journal Experimental Gerontology.

"It's important to stress that these women were already considered physically inactive before the pandemic, in the sense that they didn't exercise regularly. With confinement, they became even more sedentary, abandoning such activities as walking the dog, going shopping, playing with grandchildren, walking to the bus stop, or walking to work," Carlos Bueno Junior, last author of the article, told. Bueno Junior is a professor at the University of São Paulo's Ribeirão Preto School of Physical Education and Sports (EEFERP-USP).

Designed before the pandemic in partnership with Ellen de Freitas, another professor at EEFERP-USP, the study originally set out to analyze the effects of different physical training programs on groups of volunteers with varying profiles.

A first set of examinations and tests took place in February 2020, before the start of the study proper, to record weight, body mass index (BMI), fat mass, waist circumference, blood pressure, handgrip strength (measured with a dynamometer), and diet (via a questionnaire). The women were also asked to do a test known as the six-minute walk to measure their cardiovascular capacity. Finally, blood samples were collected to analyze white and red blood cell count, cholesterol, glycemia, insulin and glycated hemoglobin (risk factors for type 2 diabetes).

"The plan was to repeat all the exams after they completed the exercise protocol, but the pandemic prevented this. Instead, we adapted the project to evaluate the health impact of the social changes caused by COVID-19, especially in older people. We already had the baseline measurements. We redid the tests after the first 16 weeks of confinement, following all the protocols to avoid contagion," Bueno Junior said.

Master's candidates João Ribeiro de Lima and Gabriela Abud collaborated in the study, and are the first and second authors of the article.

The second battery of tests showed no changes in weight, BMI, fat mass, or waist circumference. However, on average there was a rise of 39.8% in levels of insulin and an increase of 9.7% in glycated hemoglobin. Blood sugar rose 1.3%, but this was not considered significant.

Total cholesterol rose 8%. Blood platelets fell 10%, a change considered significant: the causes and implications of this phenomenon are being investigated.

"Some of these parameters, such as muscle strength and aerobic capacity, were already below the ideal for this age group because of the volunteers' lifestyle," Lima said. "The study showed that in the context of the pandemic something that was bad became even worse. The risk of chronic disease increased, and existing cardiovascular or metabolic problems worsened."

According to Abud, the answers to the questionnaire showed that diet did not deteriorate during the period, so the adverse effect on health observed in the study had to be due mainly to the decrease in physical exercise. "Many of these women had jobs and a hectic routine before the pandemic, even though they didn't practice sports or get regular exercise," she said. "Some reported feeling more stressful owing to confinement, and this may also have contributed to the overall deterioration in their health."

The researchers believe the findings should serve as a warning to government and society in general. "In a period of only 16 weeks, there were significant changes in some of the parameters, and the prolonging of the public health crisis tends to make the implications for the health of sedentary older people even more severe. We need to think about ways of promoting physical activity safely during this period," Lima said.

For Bueno Junior, getting exercise during periods of social distancing or isolation is vitally important not only to physical but also to mental health. "One possibility is exercising at home with the aid of virtual platforms," he said. "For older people or anyone with physical limitations, however, it's important to have some kind of personalized professional guidance while training, because the risk is greater."

According to Lima, the results of the study show that besides the time dedicated to exercise and training, what people do during the rest of the day is also significant and should be evaluated. "Many believe that just because they work out in the gym for an hour they're free to eat whatever they like or remain seated for the rest of their free time watching TV," he said. "That's not really the case, however. It's vital to reduce the time spent sitting or lying down."