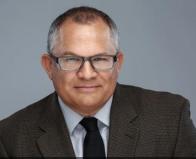 Colin Milner is CEO of the International Council on Active Aging and founder of the active-aging industry in North America. Milner is also a leading authority on the health and well-being of the older adult, and has been recognized by the World Economic Forum as one of "the most innovative and influential minds" in the world on aging-related topics.

An award-winning writer, Milner has authored more than 300 articles. He has been published in such journals as Global Policy, and the Annual Review of Gerontology and Geriatrics. He also contributed a chapter to the World Economic Forum book Global Population Ageing: Peril or Promise?

Whether Fortune 500 companies, or governmental organizations, Milner's efforts have inspired a broad spectrum of groups to seek his counsel, include amongst these:

Milner has been received the CanFitPro Association "Lifetime Achievement Award" for his contributions to the Canadian fitness industry. He is also recognized as one Canada's Top 100 Health Influencers by Optimize Magazine, and as one of the "Who's Who" in the Fitness Industry, by Club Industry Magazine. Milner's tireless efforts have leading-edge publications, television networks and radio stations seeking his insights. Among these outlets are: CNN, US News and World Report, Newsweek, Wall Street Journal, New York Times, Los Angeles Times, Chicago Tribune, Dow Jones Market Watch, Money Magazine, Entrepreneur Magazine, WebMD, The National Post, Globe and Mail, Parade Magazine, and Fox Business Radio.