Seeking change: A vision from the past points the way to the future

What progress have we made in addressing the real needs and potentialities of an aging population? As ICAA enters its 20th anniversary year, its founder finds a clarion call for change in a decades-old interview between two visionaries, then dives into the past, present and future of the 'aging well' movement with the interviewer, industry luminary Ken Dychtwald, PhD

When the International Council on Active Aging® (ICAA) launched nearly 20 years ago (October 1, 2001), I envisioned a professional association that would bring people together across sectors to foster active, productive, healthy aging. I never imagined that in the years to follow I would have the opportunity to collaborate with many of the most innovative and influential minds of our times. From prime ministers to surgeons general, best-selling authors to titans of industry, and Nobel Laureates to a Pulitzer Prize winner, each in their own right has been a visionary thought leader, futurist, activist or change-maker who has dedicated their life to helping society reimagine its response to rapidly aging populations

So, I felt intrigued when an advance reading copy arrived of Dr. Ken Dychtwald's "sort-of-memoir," due to be published in April 2021. Titled Radical Curiosity: One Man's Search for Cosmic Magic and a Purposeful Life, this book promised glimpses of how the author, researcher, active-aging guiding light, and CEO of the San Francisco-based consultancy Age Wave went from working-class roots in New Jersey to working with people like Senator John McCain and US Presidents Reagan, Carter and Clinton. Yet, in the end, what really captured my attention was a chapter featuring his 1978 interview with then-septuagenarian Maggie Kuhn. It turns out she was far ahead of her time. 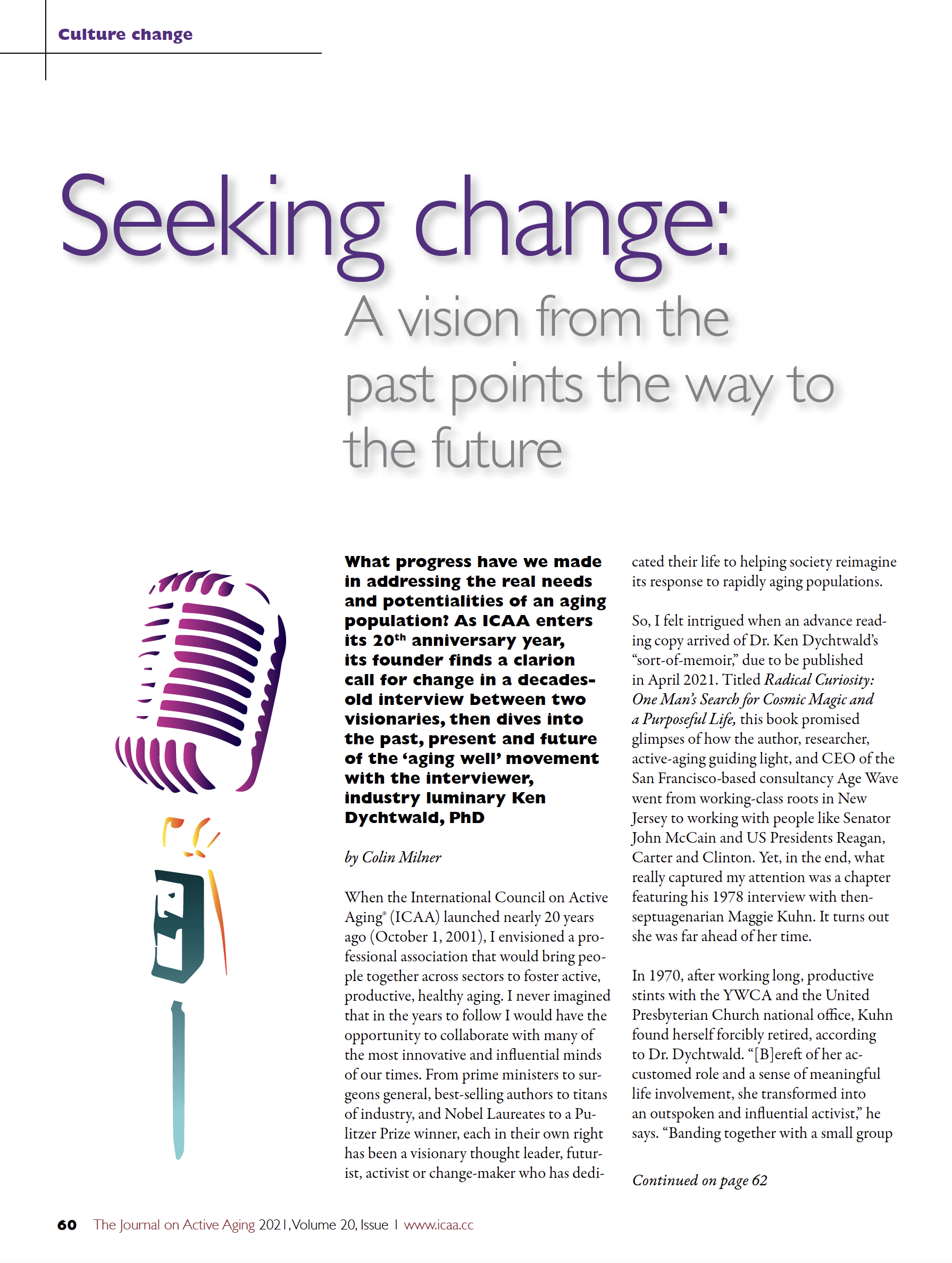