On behalf of eight national aging organizations, The Gerontological Society of America (GSA) has secured multi-year grant funding from several foundations to lead the next phase of the Reframing Aging Initiative -- a long-term social change endeavor designed to improve the public's understanding of what aging means and what contributions older people bring to society. Ultimately, this understanding will counter ageism and guide our nation's approach to ensuring healthy and productive aging for all people across the life course.

The new work will be supported by Archstone Foundation, The John A. Hartford Foundation, The Retirement Research Foundation, and The SCAN Foundation, with additional funding from Endowment for Health. The eight involved organizations -- collectively known as the Leaders of Aging Organizations (LAO) -- launched the Reframing Aging Initiative in 2014 as a way to address negative views of aging, promote more accurate perceptions of aging, and develop supportive aging policies.

"It's now been 50 years since pioneering gerontologist Robert Butler coined the term 'ageism,'" said GSA CEO James Appleby, BSPharm, MPH. "Changing cultural attitudes is not a small undertaking, but we have to start, playing our appropriate leadership role as researchers, practitioners, and educators in the aging field."

The LAO previously partnered with the nonprofit FrameWorks Institute to conduct rigorous research, and found that the public's perception of aging is decidedly negative and antithetical to how most older people feel and what experts in the field know to be true. FrameWorks then developed and tested strategies and tools that were found empirically to reduce implicit bias against older people. These resources were compiled in "Gaining Momentum," a toolkit available at frameworksinstitute.org/toolkits/aging. 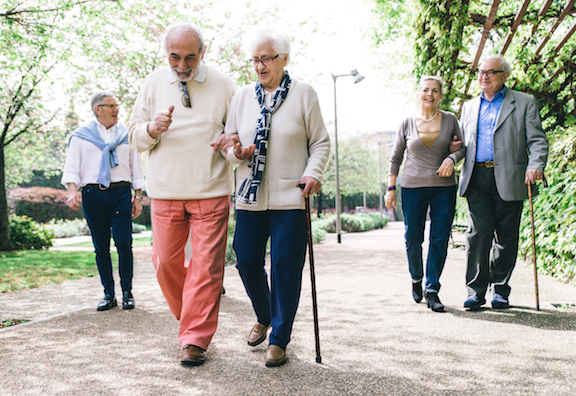 In this next phase, GSA will build an infrastructure to sustain the initiative's momentum; engage professionals in the field to increase their awareness of the initiative and the resources available to them; provide training and technical assistance; and support local, regional, and state organizations in their efforts to counter pervasive negative beliefs about aging. A 10- to 12-member Advisory Board of influential thought leaders will provide guidance and serve as spokespeople for expanding the reach and adoption of the reframing aging principles in the aging community.

"Ageism simply is not an issue Americans are thinking about as a matter that requires a public response," D'Antonio said. "This reality reveals a serious risk of policy inertia, or worse, rollbacks of existing supports."

She added that unless advocates who care about aging issues cultivate a more visible, more informed conversation about older people, it will remain difficult to advance the systemic changes needed to adjust to a society with increased longevity.

"To change this dynamic, the field of aging needs to advance a set of core ideas that shifts public understanding essential to building the political will to create a more age-integrated society," D'Antonio said.

"The history of social movements strongly suggests that harnessing the unifying power of shared narratives is essential to enact long-term social change," Appleby said. "Thanks to our forward-thinking funders, GSA and the LAO will continue to promote the widespread use of the field-tested Reframing Aging narratives. This work is critical for moving toward a more just, and more inclusive, every-generation-nation."